Week 7 – The Greatest Show on the Beach Anywhere! 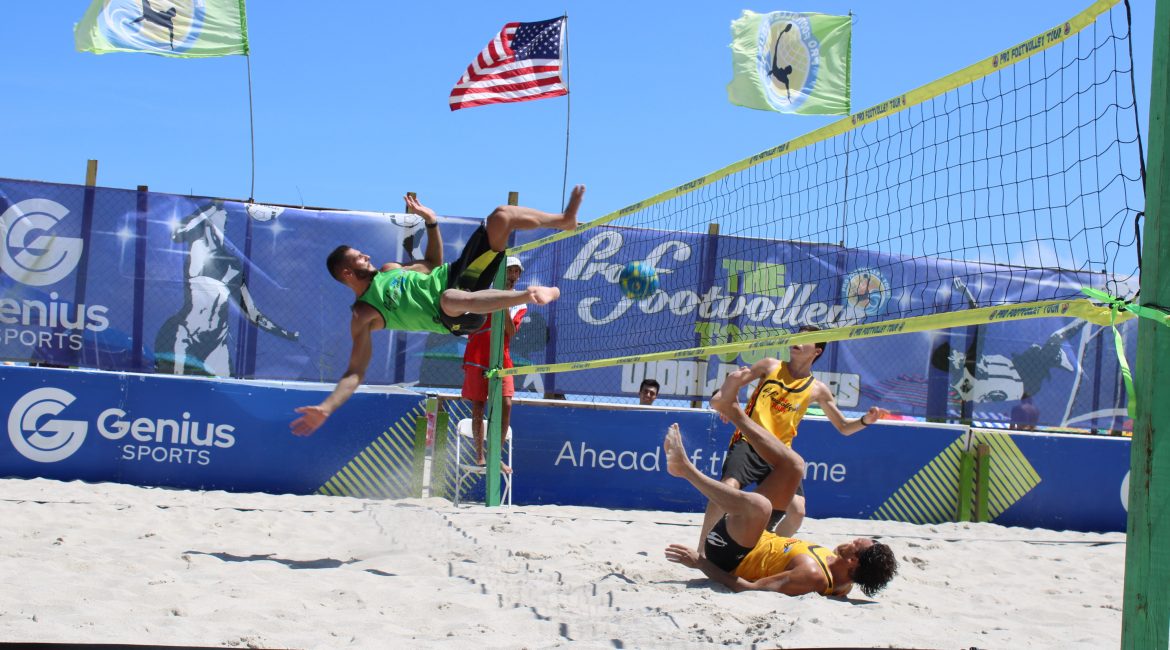 Send Week 7 to the Academy Awards for an Oscar

If Week 7 could be bottled up and sent to Hollywood (California) from Hollywood (Florida) it would go to the Academy Awards and win an Oscar for ‘Best Drama, Best Photography, and Best Lead Actors’.  What an AMAZING WEEKEND of UNBELIEVABLE FOOTVOLLEY!

Saturday was an All-Star affair with a long list of Challenge Matches with the top Tour stars playing with different partners.  All it took was two weeks of the A-levels not playing together that when they returned to ‘original scheduled programming’ that they would put on a show like never seen before.  WOWZERS!  Plentz with Lobato was just spectacular.  Then Lobato with Davalos is just not fair.  That team would be given a yellow card for simply coming onto the sand together.  Too good.  Not fair.  But what a duo they make!

Sunday, the Tour stars competed for the Week 7 Championship and what a competition that was.  In the spirit of not ruining a spectacular weekend – for those that will see the matches on our partner TV networks – the results will not be divulged here.  Let’s just say … it is without a doubt worth it to watch!  Some incredible new team combinations – Moises Davalos and Fernando Plentz play together.  What a team they make!  Will the two win the event?  Martinez returns with Lobato.  How would they fare?  Santos and Leo Gomes form another strong partnership.

It would not do justice to post the results … fans … make sure you watch Week 7 on BeinSports, AT&T Sports, Root Sports, and NBC Sports Chicago!