Week 6 – Playing to the Crowd 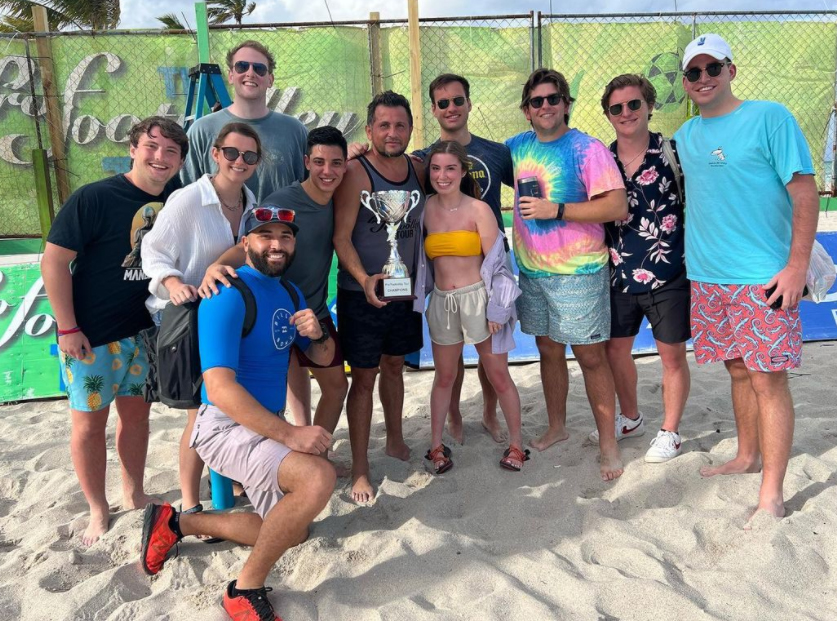 With large crowds – many watching footvolley for the first time – on Hollywood Beach (FL) enjoying Spring Break – it was the ‘no-nonsense’ team of Joao Tavares and Victor Martinez that not only won over the fans; but also won the event.

Victor Martinez, at 41 years old, has nothing left to prove in footvolley.  He won the World Championships multiple times and with different partners in the early 2010’s.   On the Pro Footvolley Tour, he had considerable success with Lucas Roque, in 2021, and eventually with Will Lobato.  This time – he needed a ‘B-Level’ player because the rules for Week 6 were the same as last week.

Joao Tavares won Week 5, with Jonathan Silva, in style.  The young Portuguese rising star, who resides in Boca Raton, FL, this time went with less show-time in partnering with Victor Martinez.  The change in partners didn’t seem to make much a difference as again Tavares won Hollywood.  It should be noted that Jonathan Silva didn’t compete as he was out of the country tending to personal matters.

‘Different styles, same result.  Victor makes you comfortable and never panics.  Without a doubt, I would become Victor’s permanent partner if he wanted that.  Nothing but gratitude here.’
– Joao Tavares after the Championship Win

‘We were tested a bit; but never had any doubt we’d not win this event.  Tavares is the best of the ‘B-Level’ athletes and he proved that today.  He remained calm and played well together.’

Tavares/Martinez barely made it to the final.  In the Semi-Final, Gabriel Sodre (Runner-up on Week 5) partnered with Will ‘SuperBoy’ Lobato in what could be considered a Double-A team.  On paper, the latter were favorites.  Tavares/Martinez were able to wear down Sodre/Lobato and escape with a narrow 26-24 win.  In the other Semi-Final, Moises Davalos with Tour veteran Max Maskerano advanced over Lucas Paes and Thiago Cunha setting up a Paraguayan show-down again.  The final wasn’t even close.  Tavares/Martinez blew out Davalos/Maskerano to win Week 6.  After the win, the crowd mobbed Martinez and Tavares for autographs and pictures.