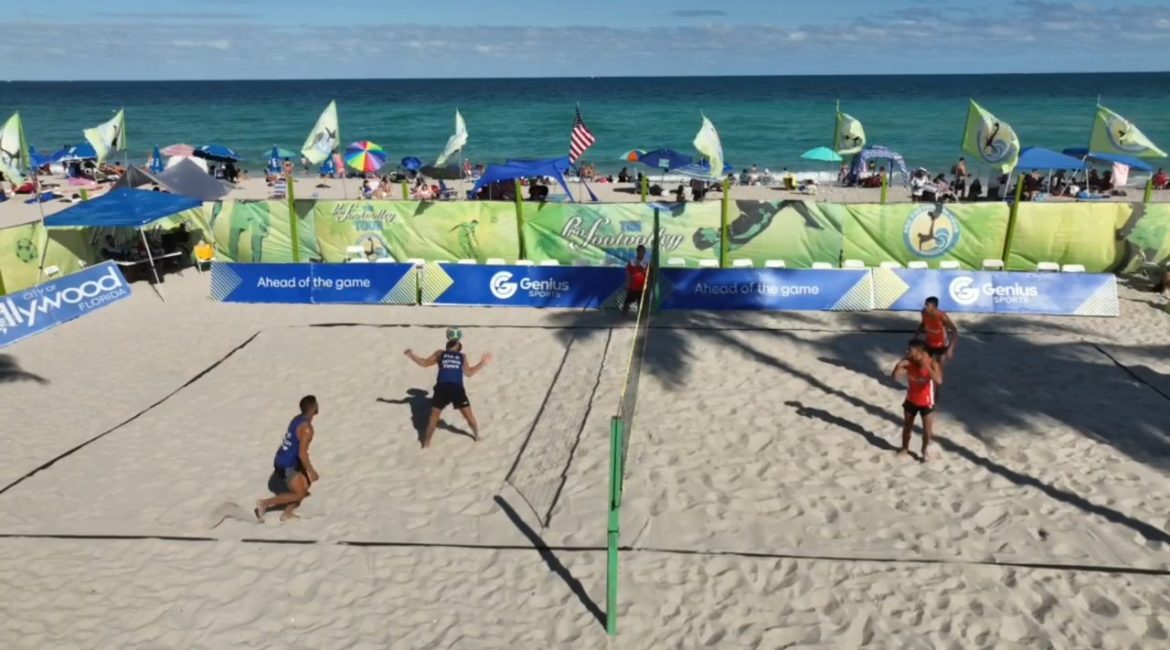 While the rest of America is under frigid conditions, the temperature – and footvolley action – is beginning to heat up down here in South Florida.   The hottest team on the Tour:  the American ‘WunderKid’ Jonathan Silva has won again.  The 19-year old from Coconut Creek, FL with his partner Moises Davalos (Asuncion, Paraguay) dominated Week 4 and ended the competition as Champions for the 3rd time in the 4 weeks of the 2022 Season.  Davalos and Silva are the team to beat in 2022!

With Will Lobato out due to an injury, Victor Martinez went with Leo Gomes.  That partnership – although promising on paper – didn’t pan out all too well.  They were upset by Fernando Plentz and Thiago Santos in the Semi-Finals.  In the Championship Match, Davalos/Silva once again showed their superiority.

‘Moises is just nearly impossible to beat.  That’s the truth!  You simply can’t score on the guy.  And Jonathan is playing high-level footvolley.  They are clearly the best right now.’
– Fernando Plentz on the Championship loss

‘We knew that if we stayed focus, we would repeat.  We did.  We repeated.  It’s hard work in practice too; but we feel like nobody can beat us now.’
– Jonathan Silva on Week 4 Championship Win

Another team that played well early on was Lucas Paes with Billy Oliveira. The 10-year Tour veteran Oliveira always is composed and that proved complimentary to Lucas Paes.  The team played tough against the Champs; but didn’t have enough to get the win.

‘Lucas has so much potential; but his game is still hot/cold.  He goes on streaks.  He needs more consistency.  I think I bring that to the partnership’.
– Billy Oliveira on his play with Lucas on Week 4