Week 3 – Favorites Return to the Top 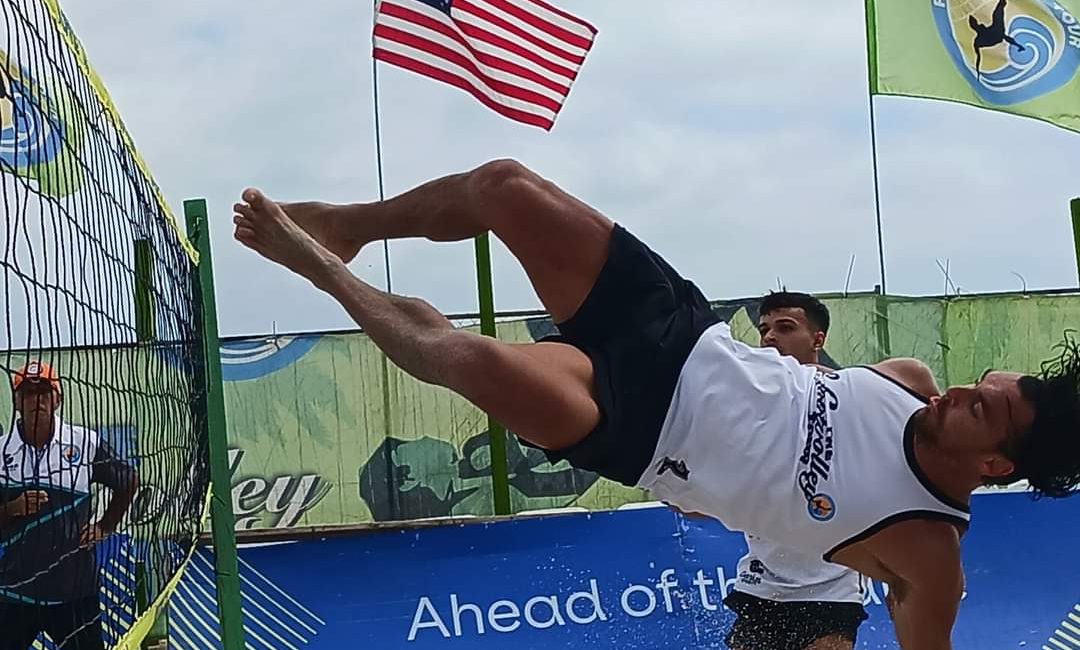 Last week, Martinez/Lobato were able to knock-off ‘Team Unbeatable’ of Jonathan Silva & Moises Davalos.  This week, normalcy returned as the favorites won Week 3.
On a hot – long – day of intense matches, Davalos/Silva once again proved their superiority on the Pro Footvolley Tour on Hollywood Beach (FL).

The same top teams returned to the Championship Match.  In that match, once again, another nail-biter that went down to the wire with Silva/Davalos coming out on top.
This was a Tour week that many felt Fernando Plentz & Nick Mendonca could pull a major upset.  Mendonca went to the final in Week 1.  Plentz has been playing very well.
The two combined – Shark Terror Team – had all the elements to do a deep run in the tournament.  They did; but then they faced Martinez/Lobato.  That didn’t go well.

The clear favorites Davalos/Silva faced Leo Gomes and Lucas Paes in a Semi-Final match.  That was simply too much for Gomes and Paes.  At one point, it appeared an upset could happen; but the mistakes piled up on Paes/Gomes which cost that team an opportunity to reach the final.

‘Lobato and Victor once again were our focus as the team to beat.  We did that today.  We are pumped!’
– Jonathan Silva on the Championship Win on Week 3

‘Victor is so intelligent as a player; but today I think our athleticism played a big factor in the win.  What a win!’
– Moises Davalos

This weekend also had lots of wonderful Challenge Matches with Tour stars switching partners.  A delight to always see.  With the fence panels keeping the wind off the main court, the matches went on without a hitch.