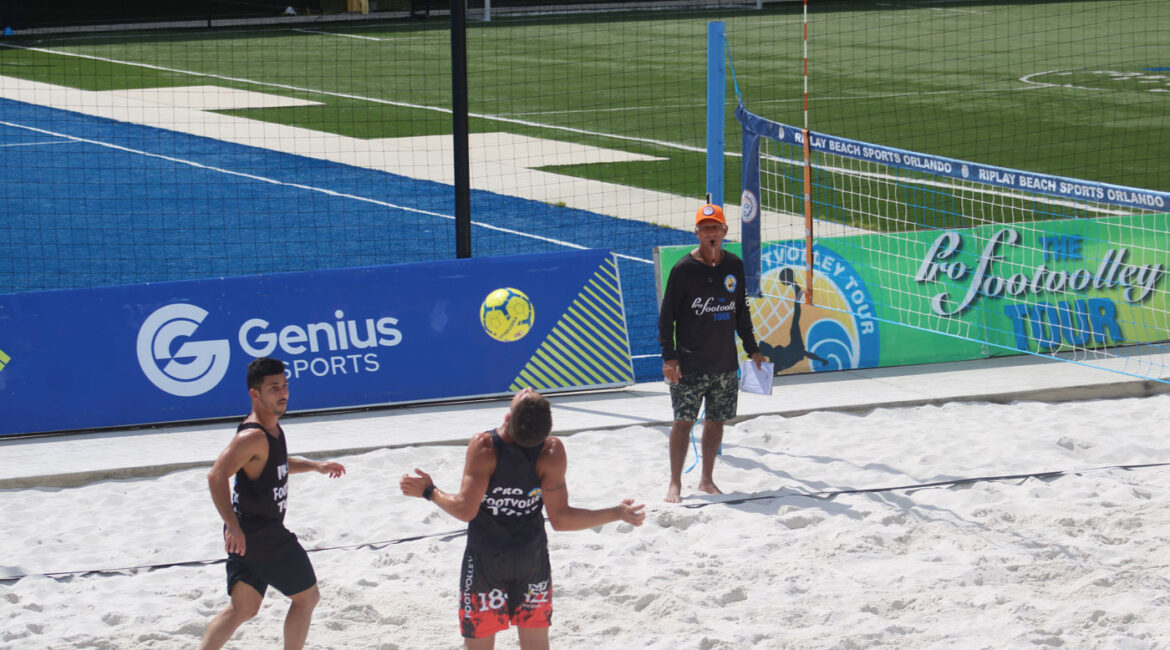 The first ever Pro Footvolley Tour event off the beach was held in Orlando, FL this past week. The competition had Tour stars playing with local footvolley professional in what leveled the competition. Well, that was the intent. Orlando’s Rafael Alves, a former professional soccer player, played with one-time World Champion Eduardo ‘Papel’ Ferreira. These two had other intentions. Tour regulars Will ‘SuperBoy’ Lobato, Lucas Lopes, and Nick Mendonca respectively were able to parlay a local partner into reaching the finals. None of the Tour regulars; however, were able to beat the local super-team of Alves and Ferreira. Mendonca eliminated Lopes while Lobato also lost in the semi-finals. Perhaps if the A-Level Tour Stars could have played with their regular partners the results may have been different; however, Ferreira/Alves played brilliant footvolley and deservingly came away Champions.

‘Getting off the beach has its advantages with less wind. We fought hard all Sunday. We basically were eliminated in the Quarters and mounted a massive comeback to elude elimination. The Semi-FInal loss to Papel is something I can live with. They were the best team today by a long shot. The competition format was different; but it’s all good’ – Will Lobato

‘We definitely felt we had a chance in the final; but quickly realized that their experience would be the difference. They made few mistakes and that is always the key’ = Nick Mendonca (on the loss in the Championship Match).

‘Having the Pro Footvolley Tour come here to Orlando, FL – hosting it – and winning the event is special. You can’t ask for anything more than that!’ -Rafael Alves