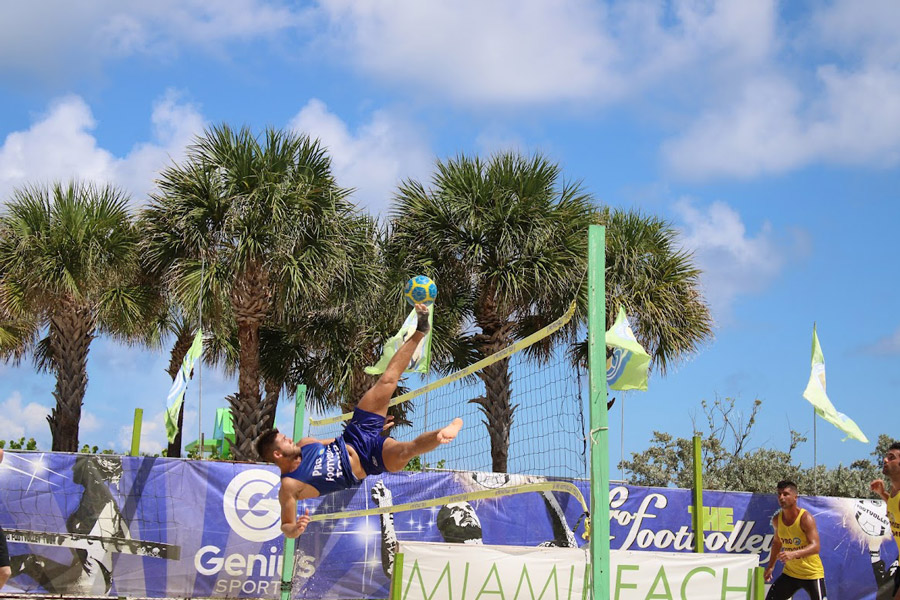 ‘It was always soccer.  Soccer, soccer, and more soccer.  I never thought I would get into footvolley; but sometimes opportunities come your way and you take advantage of them’ – Lucas Paes

Lucas Paes, is from Niteroi, Rio de Janeiro Brazil.  He grew up as a soccer player with his sights on turning pro.  When that dream became to fade, he was offered the chance to play for a full scholarship in the US.  ‘FNU offered me a wonderful package and I got to continue playing and studying.  It was the right thing for me’.

Although born, and raised, in Rio de Janeiro, Brazil the birth-spot of footvolley he really never considered playing the sport.  ‘It seemed so difficult and I didn’t think I’d be able to pick it up’.   As fate would have it, Pro Footvolley Tour organized a ‘Spring Break Footvolley’ tournament on Pompano Beach, FL in 2016 that Lucas happened to attend as a then student athlete at FNU.  ‘For me to have tried footvolley in America instead of Rio is sort of ironic.  The Tour was extremely welcoming and quite honestly that made all the difference’.

Having played with his college mates,  Paes grew a fondness for footvolley.  ‘It’s just unbelievably fun.  You get so many touches and being on the beach is something you can’t beat’

Paes spent a couple of years back home and returned to South Florida for personal, and professional, reasons.  He took up footvolley a bit more serious.  In 2021, Paes had a break-through year on the Pro Footvolley Tour earning himself the respect from the Tour’s top athletes.

‘He’s not just some rookie newbie.  Paes can now play.  He has arrived.  It will be exciting to see his progression over the next few years’ – Tour President Sergio Menezes

Paes started 2022 with Leo Gomes in Week 1.  He has committed to a full-time partner for the season preferring to focus on his game and test different possibilities.

‘Its a long season … you need to be on point.  I have an idea of whom I’d like to partner up with; but for now I will try different guys out’.