Team USA Falls in a Thriller! 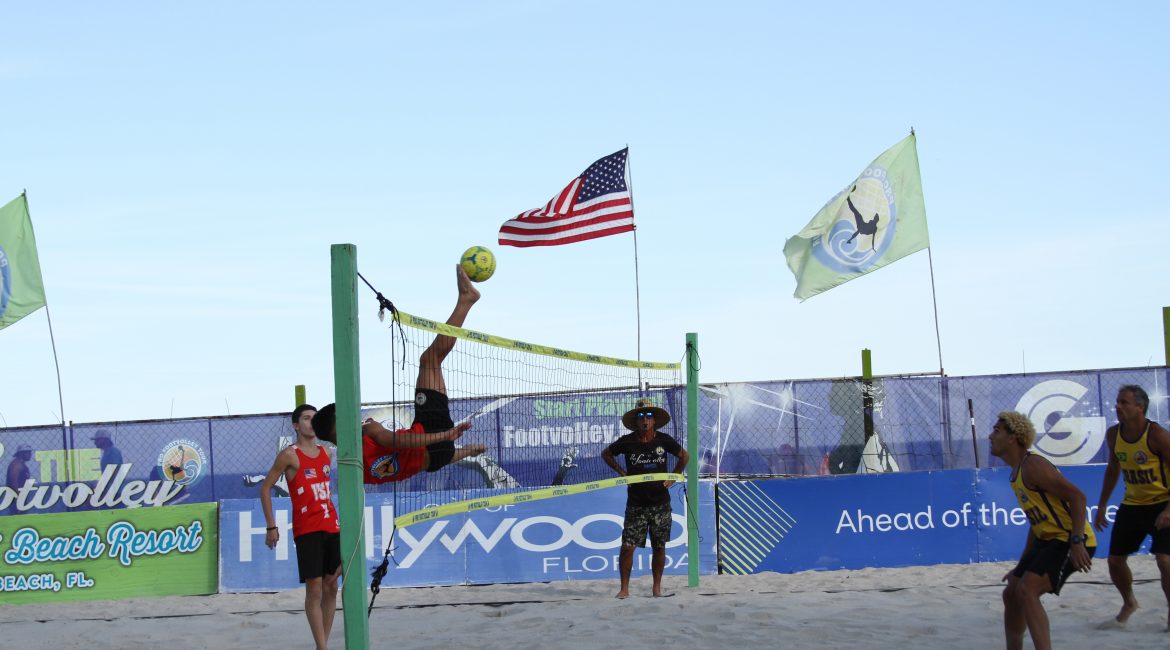 The favorites proved their superiority on Hollywood Beach, FL in a dramatic Championship win to become Champions of the 2021 Nations Cup.  Paraguay narrowly beat the Americans in an exciting match that had the crowd cheering for both sides.  A valiant effort by Team USA’s Will ‘SuperBoy’ Lobato and Nick Mendonca wasn’t enough to prevent Moises Davalos and Victor Martinez from winning the title.  The final score was

The quarter-finals had some scintillating matches as well.  They started with Team USA 1 Lobato/Mendonca beating Argentina’s Conditi/Latigo.  Next up, Brazil’s Plentz/Santos barely were able to advance against a tough Souza/Vera Mexico team.  In the third Quarter-Final, Menezes/Cunha Team USA 2 lost to Paraguay Martinez/Davalos.  Brazil 2 Barreto/Teodoro eliminated Portugal’s Lasmar/Tavares with ease.

With the Semi-Finals looming, most were expecting a Teodoro/Barreto vs Martinez/Davalos final; however, Team USA had other plans.  Playing to the crowd the entire day, Brazil’s Teodoro/Barreto didn’t have the same success with the flair they displayed earlier versus a focused Lobato/Mendonca side.  The Americans were able to remain consistent and pulled off the win which is considered a mild upset. In the other semi-final, Brazil’s Plentz/Santos showed fighting spirit and determination; however, the skill level and consistency of play led their South American rivals to the Championship Match.

In the final, it was as if time had stopped.  The boardwalk traffic came to a halt.  Spectators crowded around the court to witness what would have been a tremendous upset win by Team USA.  Unfortunately, the favorites kept their focus in the final and were able to come away with a narrow victory versus Mendonca/Lobato.  Paraguay are your 2021 Nations Cup Champions.

‘We expected Brazil in the final.  Teodoro was the tournament’s it player with all the fancy shots and crowd pleasing moves.  With Team USA winning – we knew that the crowd no longer would be on our side.  The US team proved to be very strong.  I don’t think them beating Brazil was an upset.  They are the better team and showed it.  We were fortunate to win today’ – Moises Davalos on Paraguay’s win

‘Paraguay are the team to beat in footvolley around the World.  We beat the Brazilians in the Semi-Finals; but lost in the Championship Match.  Proud of our effort and we will work hard to come away Champions when the opportunity presents itself again’ – Nick Mendonca for Team USA

‘Can’t ask for a better final.  Spectacular match.  We had never seen this before.  The skill level is insane.  And with Team USA fielding such an exciting team – we enjoyed every minute of it here on Hollywood Beach!’ – James Dotson Cleveland, Ohio on first time seeing Pro Footvolley Tour