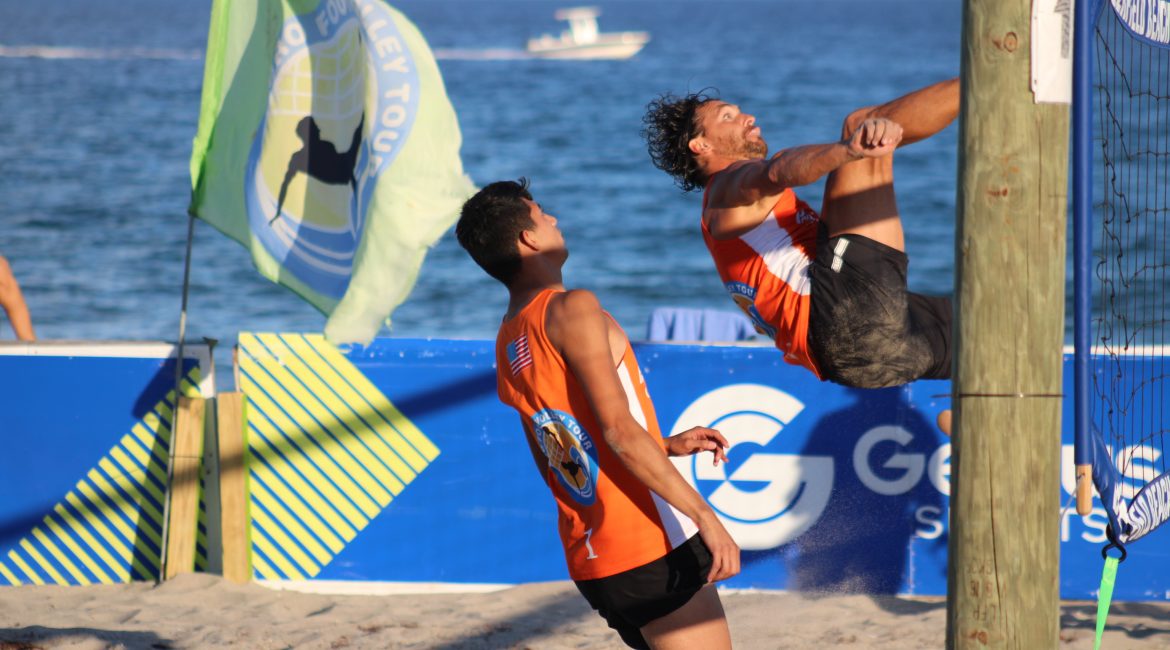 Fernando Plentz debuted on the Pro Footvolley Tour in 2008.  He has won nearly everything the Tour has hosted; however, he was close to finishing 2021 without a Tour Stop win.  That changed on Sunday as he and Moises Davalos were able to beat Will Lobato / Leo Gomes in the final.   To the detriment of Lobato/Gomes, Leo suffered a pulled muscle late in the final match which prevented the Boca Raton based athlete from being able to properly compete.  Hindered with the injury, a tough task became an impossible one for Lobato/Gomes as Fernando and Moises punished their opponent to win the final.    The Championship ended 25-17.

‘Getting the win is gratifying.  Playing with Moises Davalos makes it much easier obviously; but we still had tough matches in this event and we were fortunate to come away Champions today’
– Fernando Plentz with sportsmanship in winning the Title

‘SuperBoy is always a tough opponent; but with Leo getting injured they at that point were finished.  I still think we would have won; but sometimes these things happen’
– Moises Davalos on the win

The 2021 Deerfield Beach Open concludes the 2021 Super Season with stop number 26.  This was the single longest professional series of footvolley, in history, anywhere in the World.
Saturday saw Aleja Sanchez win the Queen of the Beach competition among the female competitors.  Also competing were Thais Alves, Leticia Mangabeira, and Andrea Gomez.

‘Women need to try footvolley.  It is an extremely fun sport and yes it’s addicting too!  Winning today is special.  Training matters.’
– Aleja Sanchez on her Queen of the Beach Title

On Saturday, the Tour Stars also competed in ‘Big Match-up Challenge Games’.  These are games that rotate the Tour’s top stars.   Plentz paired up with Thiago Santos in an exciting match versus Lobato / Gomes.  It went down to the wire.  Here are the highlights to that incredible match: