Davalos Getting Ready to Represent Paraguay 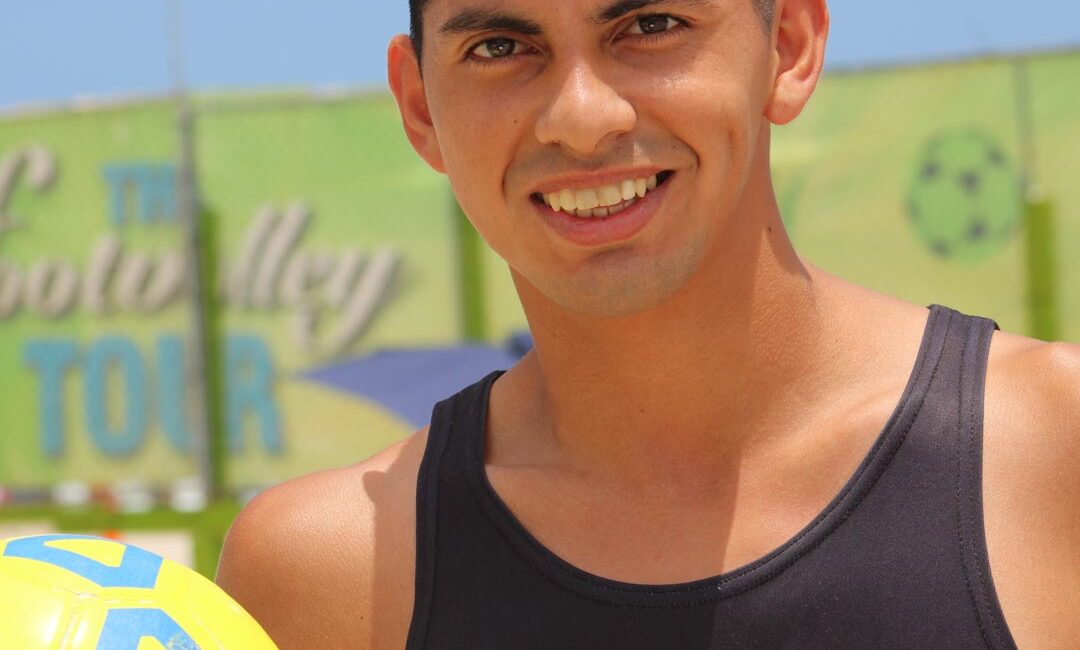 After a long, and successful, season, Moises Davalos is ready to lead Paraguay into the 2021 Nations Cup on Hollywood Beach (FL) November 25-27, 2021.   Davalos will partner with fellow countryman Victor Martinez.   The Paraguayans go into Nations Cup as favorites with a mix of veteran leadership and youthful athleticism.  Anyone following the 2021 Season understands that the two make for lethal combination for opponents.

‘Moises is a very cerebral player.  It’s not often you find someone who understands the game as much as he does at such a young age.  This can be attributed largely to his upbringing [frequently playing Piki Voley].  In Paraguay, we change match rules so often that naturally you are forced to learn to play on both sides of the court.  Also, because we play on a hard pitch – the game is faster and our reactions need to be quicker.  Defensively this gives us an edge.  Davalos maybe the Tour’s best offensive player; but he just may also be the best defensive one as well.  He is the complete package in footvolley’  – Victor Martinez

Moises Davalos – who paired with budding American star Jonathan Silva – played on the right side most of the 2021 Season and must adjust with Martinez by going left.

Moises has 3 brothers that are well known to the footvolley community.  Esteban Davalos won the 2016 RIO Olympics Footvolley demonstration event with Fernando Lugo.  The other brothers also play footvolley.  One recreationally and the younger an aspiring professional as well.

Davalos grew up in Asunción – Barrio Obrero – where he started with futbol.  A two sport athlete – Davalos starred in football and volleyball; but also started ‘Piki’ at an early age.  ‘My brothers started me young [at 13 years old].  Although I played soccer (and volleyball at school) it was always Piki Piki Piki in the neighborhood.  The game is what everyone plays and quickly I got hooked’.  – Moises Davalos

Davalos and Martinez find anything less than winning the competition a failure.  They will have their chance to prove doubters wrong.

‘We cannot consider second place.  Paraguay have the best Piki-ceros and we are here to prove that’.  – Davalos